Raising kids is a constant guessing game. It is easy when they are little to spend time and keep them engaged. What happens when their friends, video games, school and jobs start to compete with your bonding time? Well you have to find clever ways to sneak it in of course!
1. Turn off the video games. Yes I know they complain but if you turn them off they will start to talk. In our home we turn them off at 6pm weekdays. We also create a video game free day on Sundays.
2. This one is in my opinion the most important, eat dinner together at the table..turn the TV off! Remember childhood? Where did we eat? Until the invention of the TV tray most American families ate at the dinning room table. What would happen if we all took a page from the history books? During this valuable time ask them how their day went…without judgement! Oh and no cell phones at the table!
3. Turn off your phone. Like most parents I transport my children back and forth to school. They are forced to pay attention to me for at least 10 minutes..I take this seriously, seriously goofy that is:). I see too many parents driving around their children with phones to their ears. You are missing a captive audience right in your passenger seats. My children use this time to play slug bug and yellow banana. Yep that’s right it is still fun even as an adult!
4. Movie night and pizza. This is the only time my family eats in front of the TV. So it is special and fun. They never miss movie night, in fact my freshman in college asks me if we can have a movie night when he comes home. It’s simple I know but very effective.
5. Family day. Most families do this already. Ours in Sunday mainly because of church and its video game free day. We play cards, board game, go for walks, bike, fish…list goes on and on.
6. Let them choose the movies, books and music. You will be surprised in their tastes. I allow my sons to add music to my workout playlist. What an adventure! It allows me to open up conversation about their interests. I also have been known to read a book because my kids loved it so much.
7. Bedtime is talk time. Create a bedtime ritual which includes walking into their rooms every night. I use that time to tell them how proud of them I am and also to tell them I can’t wait to see them in the morning. If you are aren’t telling them how amazing they are then who us? I also sneak in some personal conversations about people they may be interested in. It’s great how much they will tell you at bedtime.
8. Social media seems to get a really bad rap but as an engaged parent I use it to send them little reminders of how much I love them. I Facebook upcoming events, tagging them in the posts and wishing them luck. I text them that I love them..like modern day sticky notes in their lunch box. Do they roll their eyes? I’m sure but I can’t see it and I know that they read it!
9. I made a deal with my children, if they help cook or bake they don’t have to help clean. I have many children so this works well. One kid helps cook. One kid helps bake (on Sundays) , one empties the dishwasher and the other helps clean up. Both the cooking and the clean up seems to turn out really fun. We turn in a fun playlist, dance, sing, snap each other with towels and have aluminum ball wars! They don’t seem to mind this time.. It’s better than giving them a choir and fighting them about it. They have a choice if what they want to help with so they have the power.
10. Workout together. Go to the gym, take a walk, bike ride, play a team sport by putting one parent on one team and the other on the opposite then divide the children…funniest memories happen here. Don’t miss out!

If given a choice some children would not spend time with their families. That is why it is important to create some family rituals they love. We get busy but the key is to always make them feel like you are never too busy for them. It’s never too late to start.

It’s that time of year, again, when my family must make serious schedule adjustments. Our local farmers markets open the first weekend in May. I have 3-1/2 weeks to blend (like a mad woman), package, and get everything (read: everyone) ready. The first month is always a challenge. Getting up when the owls are still hooting isn’t my favorite thing. Don’t get me wrong, I love owls — just not at 4:15 a.m. on a Saturday. After several years of this, you’d think I’d be used to it. Not true.

My husband will take the lead role: primary care-giver. I’ll leave before anyone is awake, return in the afternoon, and fall asleep by around 6 p.m.  Then, on Sunday, I’ll wake up and do it all again — a little later — more like 5:00 a.m. (That’s actually not so bad.) Yep, the first month is tough. Our children, accustomed to mom’s rules and ways of the world, have to learn dad’s rules — which are a little different. Not bad, just different, and not in areas that truly matter (bedtime, bathing, etc.).

I’ve written about this before: I don’t want to know everything they do in my absence. That might make me crazy. Denial isn’t just a river in Egypt. I’m okay with that.

Here are 5 tips for those of you experiencing “the changing of the guard”:

Do you have other tips? Share them in the comments!

Kori is a blogger at Kori Miller Writes and Back Porch Writer. She hosts a radio show on Blog Talk Radio, each Tuesday, at 9:30 a.m. CST.

“I want blue”, my son Mendel announces. He is referring to his choice of nail polish, which he demands I put on his toes and fingers. That nail polish is something only used by women (and the incidental rock star) is something he does not yet know, and since I am the type of mother that enjoys the gender confused actions of a seven-year-old, I comply. Mendel is a child who likes his world in Technicolor. We paint, draw, and scribble on every surface in the house; who’s to say that one little boy’s nails are off-limits? Besides, there’s nobody to stop us, so we get out the blue bottle, and we polish to our heart’s content.

I am equally permissive when he joins his older sister during dress-up time and proudly shows up in hot pink Princess Jasmine pants, or when, for the gazillionth time, he refuses to get a haircut. What makes a boy a boy, I wonder; is there a blueprint parents should stick to, or is it pretty much all water under the bridge as far as gender identity is concerned?

“He’s such a boy,” my friends tell me when I complain about how Mendel hits, kicks, and punches me on a regular basis. “She’s so cute,” the lady behind the counter tells me when I take him shopping. Although, to be honest, he brings that one on himself when he attempts to show her his imaginary friend, which is a mouse called “Mousy” that sits on his hands. Don’t ask; I have no idea what goes on inside his head, but he’s so cute it can be positively nauseating.

Watching my son, I find it hard not to think about the man he will someday be. I can’t escape it; even this young, he has an independent streak that causes him to live by his own rules, albeit very unique rules. Mendel is big on rules, they help him feel secure and in control.

When you eat breakfast, you always have to ask for exactly the same thing as your sister, but you should never actually eat it. You must ask for the impossible every day (a trip to England, your own car, a giraffe) and then cry when you don’t get it. When you break something it is automatically your mother’s fault. You should never eat the yellow part of the egg.  Never spill water on the carpet, always spill juice or milk. Eat some yoghurt before you throw up.

The list is endless; and the creepy part of it is: he never breaks his own rules. Maybe we should worry less about the hair and nail policy, and more about his obsessive-compulsive nature. Although, he gets it from me, so there’s that. 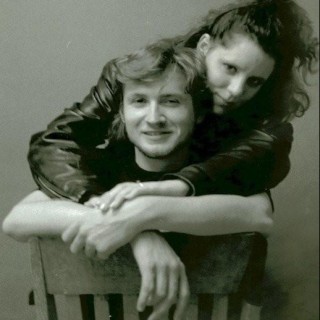 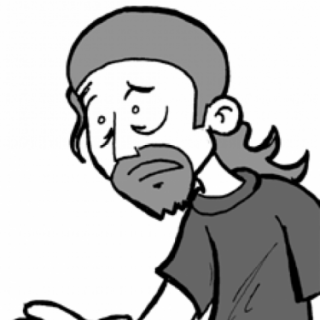 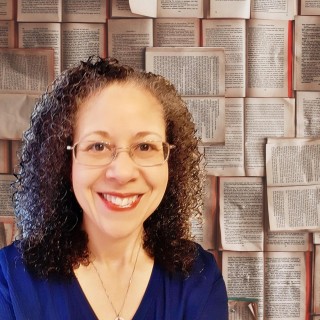 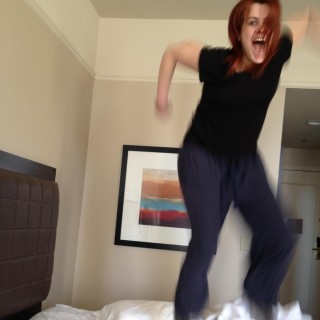